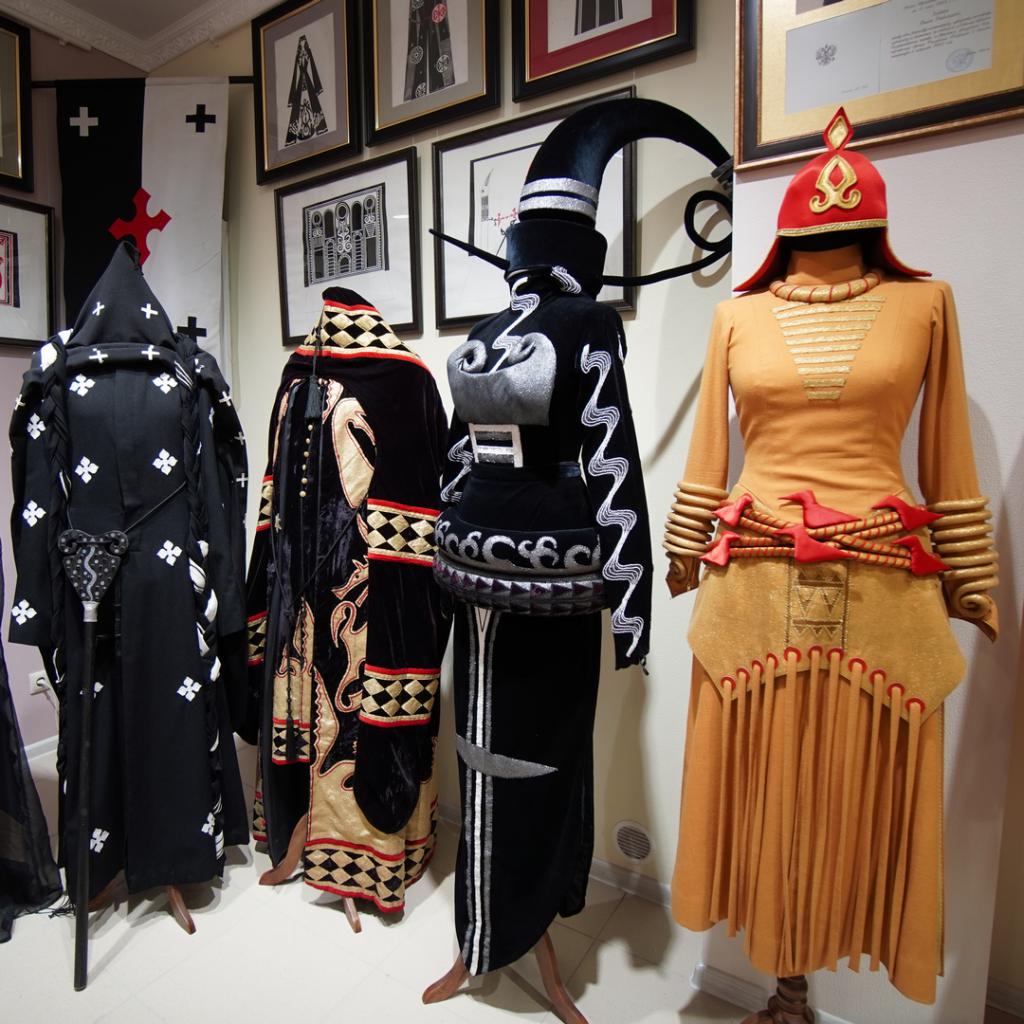 The Theater Museum of the Republic of North Ossetia-Alania was established in 1994. The opening of the only state theater museum in the North Caucasus was facilitated by the rapid development of theatrical art in the republic, the presence of 5 state theaters, and a great number of creatively gifted, outstanding personalities. The exposition of the museum reflects the amazing, historical, theatrical culture of professional theaters in Ossetia. Vladikavkaz theater culture has a rich history, it has been formed from the unique voices of Russian and world classics, national music, ceremonial choreography, from the best examples of Russian and world drama. Currently, the museum fund is 14,500 stock-keeping units. Museum staff collected unique material from the pre-revolutionary, soviet and modern periods.

The museum is located in a two-storey building - the author of the project is architect Pavel Schmidt. The building is an architectural monument, a cultural heritage site of the Russian Federation. It is located in the historical center of Vladikavkaz. The plan of the house is designed on a sophisticated terrain. The architect took advantage of the relief and built full-fledged living rooms in the house. The façade of the building is notable by its two colors: white and red bricks were used when laying the walls. All protruding parts of the facade are lined with white brick, while the main plane of the façade is laid out in a raked joint with red brick. On the facade of the building, the then widespread relief brick combinations of circles and narrow vertical stripes, about ½ brick wide, were used. The plinth and windowsills are made of natural white stone. In the Art Nouveau style, there are two lattices in the basement. In addition to original architectural solutions, he applied engineering techniques in his house. In particular, the engineering structure was arranged in the house used as a water tower that allowed accumulating water in the concrete pool located in the attic cavity of the building.

P.P. Schmidt appeared in Vladikavkaz at the turn of two centuries. And before that there was a brilliant Petersburg and an alluring prospect of a capital architect. Having lost his parents at an early age, he ended up in the family of his uncle, a famous music publisher. Even now, you can still find the marking “Schmidt and Yurgenson's Music Printing House, St. Petersburg” in antique notes. He graduated from high school with honors, entered the Institute of Civil Engineers. He finished it with honors too – in two departments: architecture and plumbing – and, as an excellent student, got the opportunity to travel abroad. Belgium, Holland, Germany, France, England - the cities of Europe revealed to him the beauty and peculiarities of their architecture. He grasped them so that not to repeat them in his works. Having refracted new knowledge, he developed his own, new style. After return to St. Petersburg, he started to work.

He was young, full of enthusiasm, plans, and married. His wife Sophia, Senechka, was young and lovely. He was happy. Life promised him all kinds of benefits. By the highest confidence, he worked in the Winter Palace and the Hermitage – he was the author of the engineering solution for central heating in the buildings. Ahead was a brilliant career of a capital architect. And suddenly everything collapsed like a house of cards. Consumption – the consequence of the rotten Petersburg climate of his beloved wife. How could he save her?

Then the train rushed them "from the lovely north to the south." The Caucasus appeared before them with its peaks of shining eternal snows.

In Vladikavkaz, Pavel Pavlovich Schmidt gets a job in the Terek Regional Government, at first as a junior engineer. From 1909 he is appointed assistant to the Head of the Construction Department, i.e. the regional architect of the Terek region, and - begins to create his own masterpieces. He erects the "Castle of Love" on a quiet street for himself and his wife. The building is in the Art Nouveau style with an unusual layout – an English cottage. He surrounds it with a large garden, where roses are fragrant, where spruces, pines coexist with birches, so that their blessed scent could heal the woman he loved. But all his efforts to save her were in vain. Sophia lived in this house for only three years. In 1911 she passed away.

Alone, in a huge house, having lost his beloved, for the sake of whom he gave up everything he had – what was he going through? Why didn't he return to the capital? Work? He throws himself into it; new houses, peculiar, extraordinary, in a new fashionable style – modern – designed by him have been erected in Vladikavkaz. In total, 23 buildings were built in the city according to his designs.

Soon he meets young Erminia Proshinskaya and marries her. Schmidt's new wife enters the steps of his "Castle of Love" like a queen. Pavel Pavlovich begins a new life. Erminia is a cheerful, mischievous creature. She is pretty and, most importantly, healthy. Their children are born one after another. The large Schmidt family lives a friendly, spiritually rich, intellectual life. After the revolution, the Schmidts settled in a modest house having contributed their mansion for a theater hostel.

From 1937 to 1977, People's Artist of the USSR Vladimir Vasilyevich Tkhapsaev, an actor of the North Ossetian Drama Theater (Ordzhonikidze), lived here. He has performed a huge classical and Ossetian repertoire. He toured the Soviet Union, Europe, Africa. He is considered one of the best performers of the role of Othello on stage. At the invitation of Yu. Zavadsky, he performed the premiere role in the play on the stage of the Mossovet Theater. The glory of Othello – Tkhapsaev stepped over the borders of the country. Shakespeare's Memorial Theater in England persistently invited him on tour. It is unknown why this tour never happened. In 1955, Sergei Yutkevich, while preparing to shoot the film, invited Tkhapsaev and S. Bondarchuk to audition. But he refused. A member of the Union of Cinematographers of the USSR. A deputy of the Supreme Soviet of the USSR.