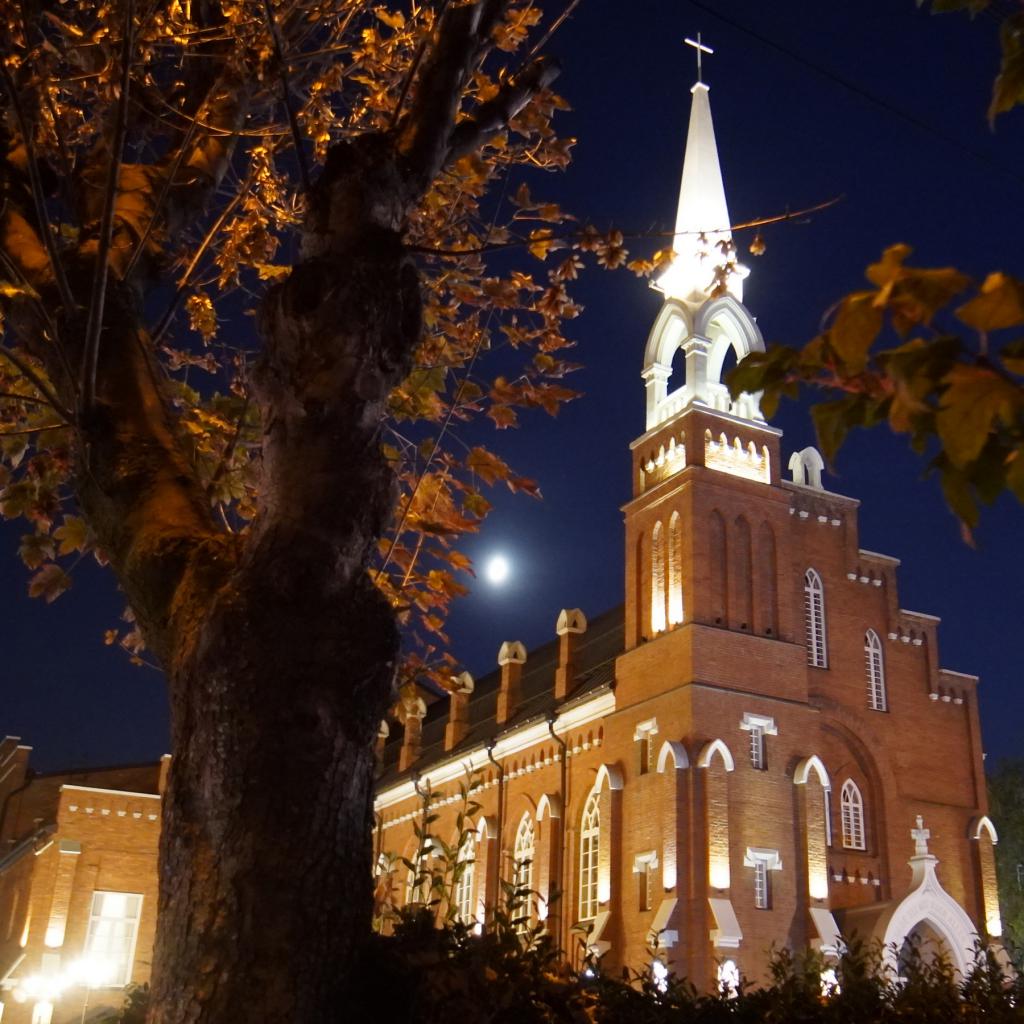 You are aware of only one unrest;
Oh, never learn to know the other!
Two souls, alas, are dwelling in my breast,
And one is striving to forsake its brother.
Unto the world in grossly loving zest,
With clinging tendrils, one adheres;
The other rises forcibly in quest
Of rarefied ancestral spheres.
If there be spirits in the air
That hold their sway between the earth and sky,
Descend out of the golden vapors there
And sweep me into iridescent life.
Oh, came a magic cloak into my hands
To carry me to distant lands,
I should not trade it for the choicest gown,
Nor for the cloak and garments of the crown.”

The building of the Vladikavkaz Lutheran Church (now the North Ossetian State Academic Philharmonic - a branch of the Mariinsky Theater), built at the initiative and with donations of representatives of the German community of Ossetia in 1911, became for its parishioners and all German colonists a center of attraction and a real, visible embodiment of their nostalgic thoughts about a distant homeland. The Gothic building of the church directed towards the sky is like a finger pointing to the sky.

It was these heavens that overshadowed the inhabitants of Michelsdorf, Gradenburg, Waldheim, Emmaus and other German farms and settlements located in the vicinity of Vladikavkaz. It was to them that they turned in prayer, for where, if not in heaven, is the celestial throne found?

The descent of this heaven into the building of the church will become a simple and majestic act of perpetuating the memory of these people who lived, worked and continue to live and work for the benefit of their new homeland.

Photographing the sky above the former German settlements in North Ossetia, I will collect a kind of catalog, a kind of attributed "cloudy" or "heavenly" atlas documenting something elusive and illusory, akin to nostalgia, hope and historical memory.

These photographs are further transferred on flags, or rather flag fabric by special printing. The flags, planted on shafts, are placed in the building of the church, in its prayer hall, which is now the concert hall of the Philharmonic.

The tradition of placing flags and colors in Gothic castles and cathedrals has a long history associated with the perpetuation and exaltation of the glory of orders of knights and nobility, clans and families. Placing flags in the building of a former German church, on the one hand, we follow the cultural tradition, and on the other, we minimize social tension, possible antipathy and alertness to historically and socially mediated symbolism.

This becomes real due to the fact that flags depict... not symbols and not emblems or signs, not bright "speaking" colors or their combinations, nothing that can evoke associations, awaken lofty patriotic feelings and emotions. No, something completely opposite - traces of an escaping era, echoes of memory, unsteady, but at the same time eternal as time proper.

Heaven and clouds are like music. They float above our heads and echo the melodic pattern and rhythm. And the music that is born is carried away to the sky, as if it had come from there one day and returns back.

My proposal suggests two options for placing flags in the space of the former prayer hall of the church.

In the first case, they are located in the walls between the lancet windows under the lamps. The flagpoles are mounted on special brackets at an angle of 45 degrees to the wall. 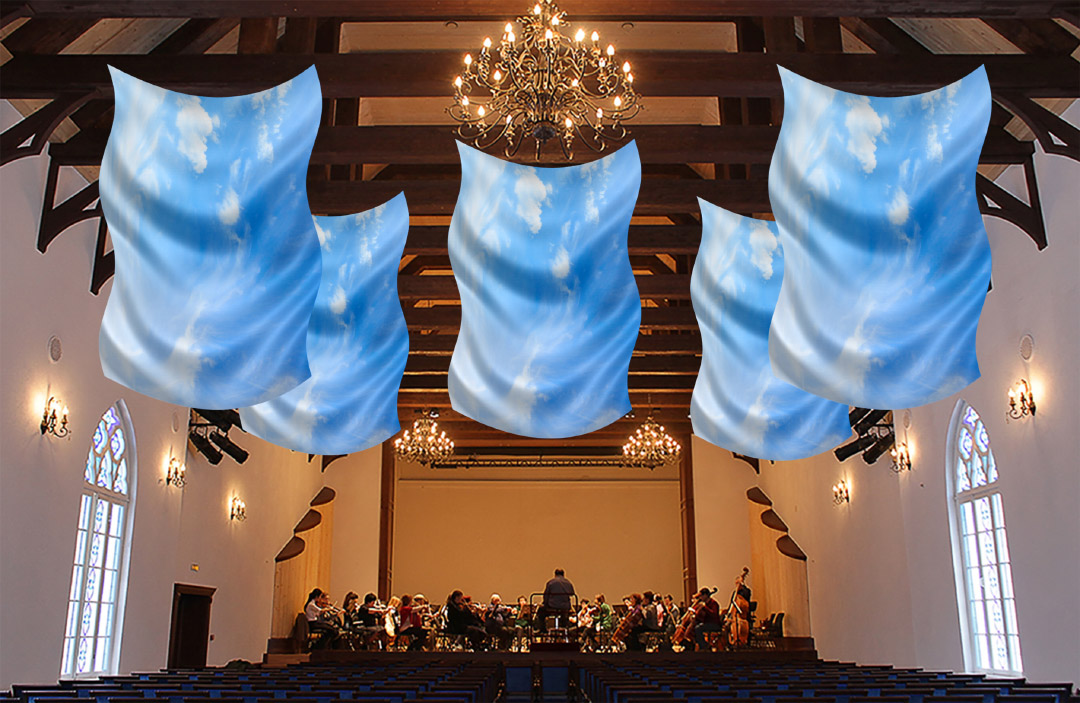 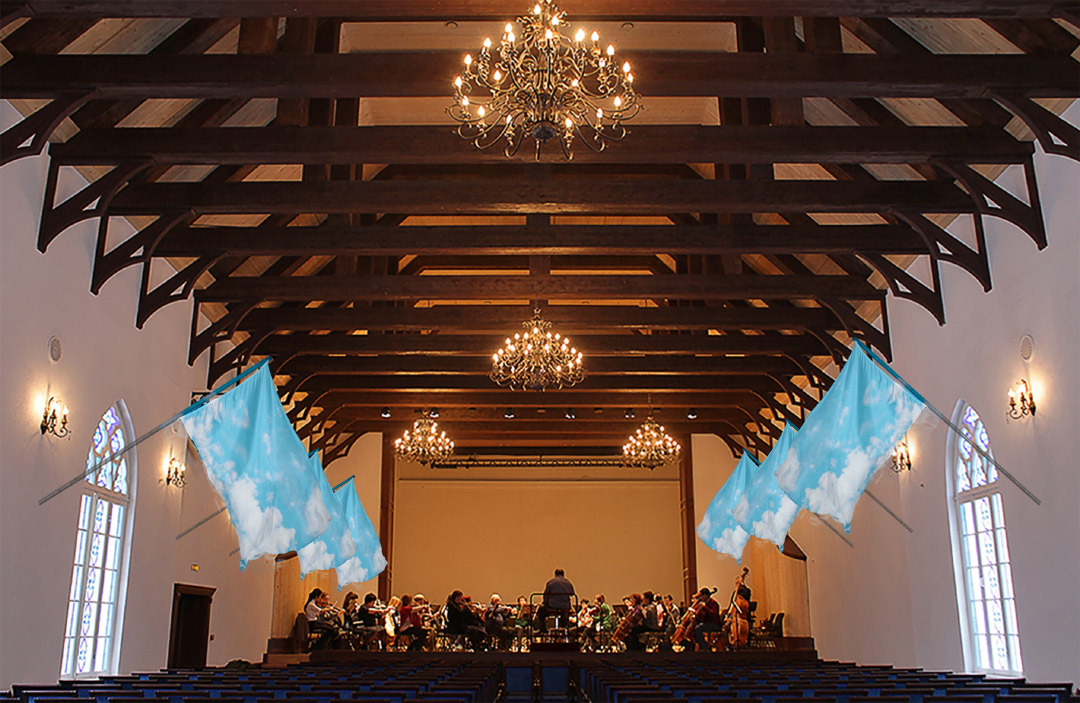 In the second case, the flags are fixed on the wooden beams of the hall's floors and hang freely over the space. 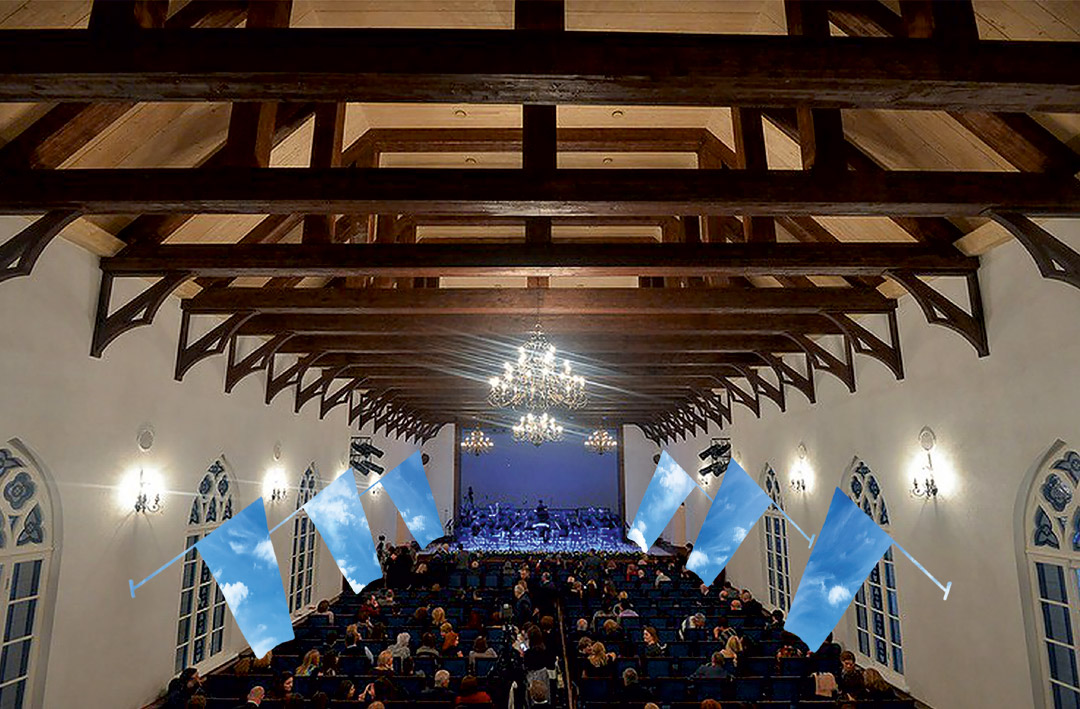 In both cases, the slightest swaying of the wind, the movement of air in the hall will affect the behavior of the panels, whose light swaying can only enhance the meditative and romantic atmosphere created in the hall by the very presence of large sky fragments.

In case of the first option of flags installation, special brackets are selected (or made) that are stylistically consistent with the general architectural and decorative structure of the building.